Police had surrounded his home in the Cairo neighborhood of Zamalek before dawn. Shots were fired during the siege, but witnesses gave conflicting reports as to whether Qaddaf Al-Dam opened fire in the air to drive police away or police had fired the shots as they tried to storm the building. There were no injuries reported. The official said that Qaddaf Al-Dam will be handed over to Interpol to be transferred to Libya.
Last year, Libya’s general prosecutor had requested that Egypt hand over 40 Libyans affiliated with Qaddafi’s regime suspected of committing offenses during the eight-month war. 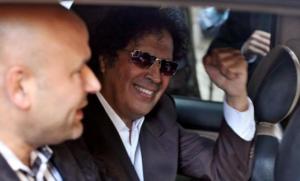